Would you replace your buggy with a trike? Our Micro Trike review 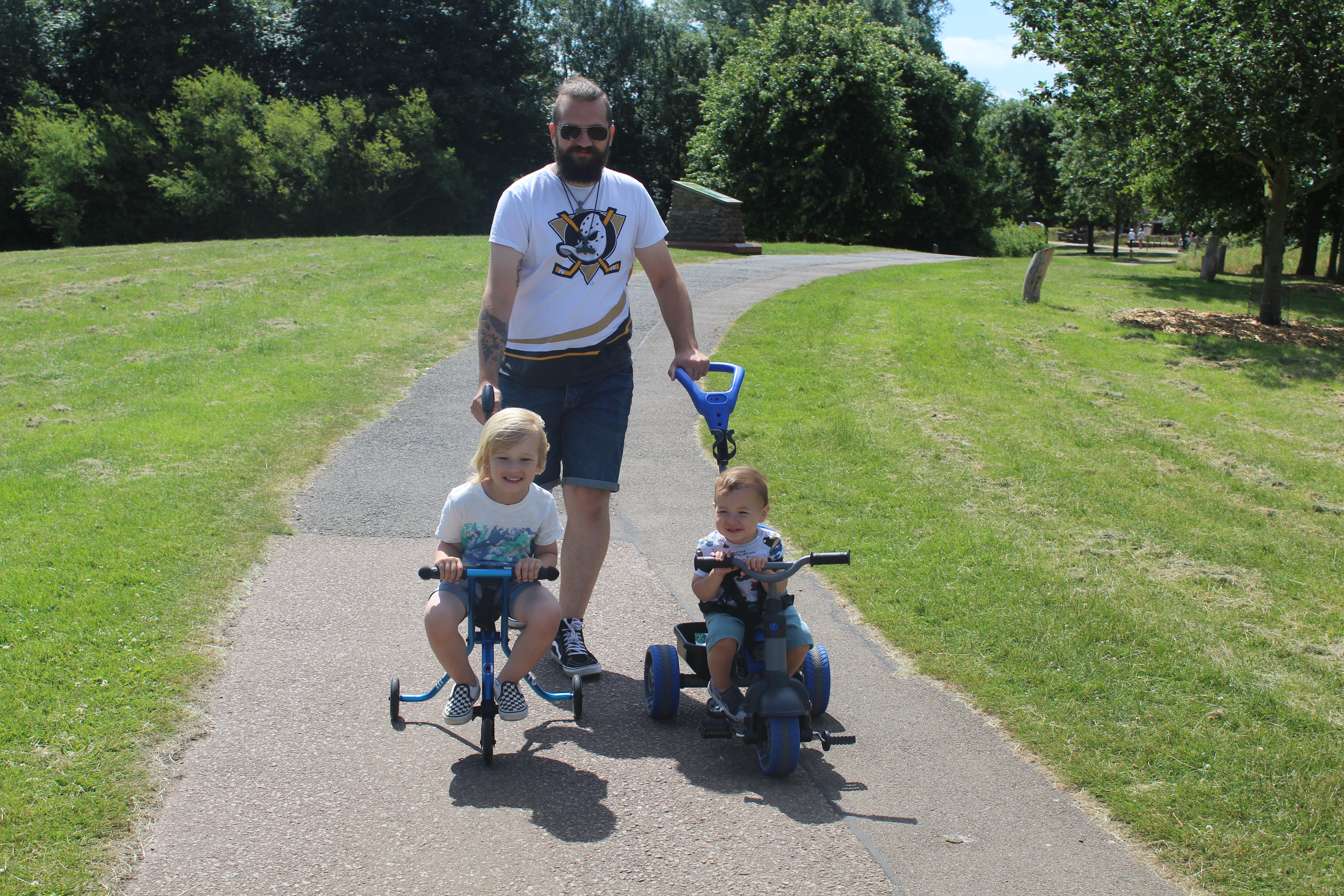 As parents, I’m sure we’ve all had a clunky or hard to steer pushchair. We’ve got the Joie Nitro at the moment and I do love it but it’s on its way out now. As Archie is still quite small for his age, I don’t feel confident enough in letting him walk on his own so we’re on the lookout for a new pushchair for him. They’re just so convenient aren’t they? As long as you’ve got a decent shopping basket and handles which can hold bags, you don’t need to carry anything yourself. Just stick it on the pushchair and you’re good to go.

But would you replace your child’s pushchair with a trike?

That’s the question we’ve been asking ourselves since we received the Micro Trike. Brought to you by the people who make the Micro Scooter, this trike is designed to take the place of a buggy or pram. It claims to be lightweight, easy to steer and incredibly simple to fold. Let’s be honest, prams aren’t always these things. I remember getting my first travel system and having to Google the fold down instructions before getting on a bus! Now, these trikes are aimed at 18 months+ so don’t replace a travel system with one but as our children get older, we want something which makes our lives a little easier. We took the trike out to our local park on the day that we got it and here’s what we found…

It is so light that even when it’s upright and ready for your child to sit on, you could lift it with one hand. It comes with straps so your child will be secure in the seat and I can vouch for that. Archie’s just been out on it and Henry had a meltdown. While I was trying to deal with that, I somehow managed to flip the trike with Archie in it! He is completely fine, not hurt but the most important thing is that he stayed in the seat!

It’s also easy to steer. There’s a handle coming out of the back which is how to steer it, the child has no control over where it goes which is a problem I found with our Little Tikes trike. Because it’s also a learner bike, Henry can steer the front wheels when he wants to which makes it really difficult to control. The only problem I found with the handle is that the actual handle itself is really small and after a while, my hand started to hurt while holding it so I had to hold the whole thing rather than hold it like a bag (does that make sense?) Before his meltdown today, Henry had pushed Archie to the local shops all by himself. If a 4 year old can steer it, how hard can it be?

And folding it couldn’t be easier. I didn’t read any of the instructions because Gareth put it together but he did tell me how to do it. You push the handle back in, lift the seat up using a lever, fold it together and push the bar into the bracket to stop it coming apart. There’s actually a video on my Instagram showing Gareth folding it up, it’s only 8 seconds long. When folded, it’s small enough that it fits inside our boot with the plastic Little Tikes trike and the pushchair without taking up much space at all.

There are handles and an adjustable footrest which you can adjust to your child, both Henry and Archie can ride it. The maximum weight is 20kg and while I’m not sure how heavy Henry actually is, I don’t think he’s quite there yet. There wasn’t much difference weight wise pushing it between both boys, it was equally easy to steer and control whichever of them was on it. It’s also incredibly quiet when you’re pushing it along, not like other trikes or prams. Even when going across the bumps at the side of a road, it doesn’t clatter or make a noise at all which is ideal.

So the question is would we replace our buggy with this and the answer is yes. At some point, I’ve got to get used to the fact that I’m going to have to start carrying my bags again so why not do it now? Yes, they do feel more secure in the buggy but that’s only because there’s a larger seat for them and as long as you’re paying attention when you’re pushing the trike, there’s no reason for you to worry.

The Micro Trike can be bought from their website and costs £74.95, not much different than a new buggy would cost and with the trike, they’ve ensured that the key parts can be repaired or replaced, no matter how much it’s been used. This is to ensure it doesn’t unneccessarily end up in landfill and that’s something I’m entirely on board with!

Disclaimer: We were sent this product free of charge in exchange for an honest review. All views and opinions expressed are my own and this hasn’t affected what I think, nor have I been told what to say.