Why every Mum needs a “breast” friend! 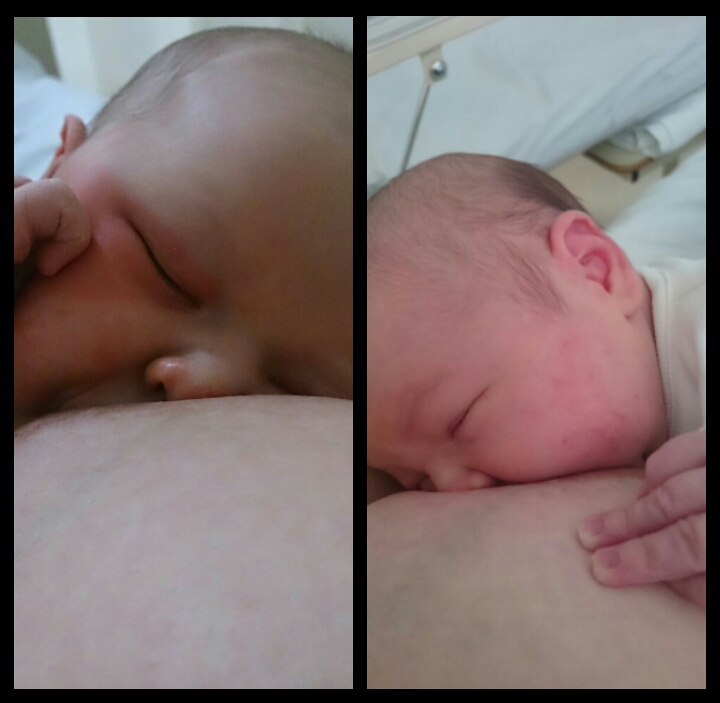 This is a blog post I wrote for Sophie over at hotMaMa clothing. She makes beautiful breastfeeding friendly clothes that aren’t maternity! You can find her website here and check out her Instagram too, @hotmamaclothing.

I have two boys, H is 3 in June and A is 8 months. I try and parent them both the same, although I am definitely more relaxed second time round (I haven’t had him weighed since he was 6 weeks old..oops!) But there will always be one niggle of guilt there..I formula fed H. Before I start explaining, please let me say that I don’t have a problem with formula and I’m not formula bashing. It kept my baby boy alive for the first year of his life, he’s rarely ill and he’s pretty smart too! The thing I do have a problem with though is the lack of support I had surrounding breastfeeding and that ultimately led to me formula feeding.
I had a pretty difficult birth. It was an induction at 41+1, he was stuck in my pelvis and I ended up with an emergency section. I was 19 and a first time mum. I thought I had all the knowledge and I was ready to breastfeed. And I did, for 24 hours. Then on my second night, when H was building my supply, the midwives asked if I wanted them to take him and give him formula so I could sleep. I was exhausted and in pain so I agreed. I think this was the beginning of the end. From then on, I combination fed. I did see a breastfeeding support worker in hospital and she was amazing but once I was discharged, there was no help. A woman from the LLL (LaLeche League) came twice but she offered nipple shields and then refused to come again because he was over 6 weeks old. With no support, the breast milk feeds became less and less. I don’t even remember the last time he fed from me. I feel so guilty about this because I should have been able to feed and sustain him. I am so angry that the support I needed wasn’t there.

So when I fell pregnant with A, I was so determined to succeed. The perfect prep stayed in the garage, I didn’t buy formula and we only bought one box of bottles (for expressing). He fed perfectly off me and I got over the first painful few days and those awful after pains! But after a month, it was still painful. I saw my doctor who told me there was nothing wrong. Confused, I rang my health visitor out of desperation. I described the pain as though broken glass was being dragged through my nipple. Straight away, they said it sounded like thrush. Getting another appointment at my doctors was really difficult so I went to the pharmacy. They gave me oral gel and said it was ok to use on my nipples too. It isn’t as it can’t be absorbed properly to treat the thrush. In tears, I gathered up both boys and went back to the doctors. I cried and begged the receptionist to find me an appointment with a doctor that evening. By now, it was 5pm on a Friday and I knew if I didn’t get help then, I’d give up over the weekend. Luckily, a wonderful doctor saw me and gave me the correct cream. I could have hugged him! Once the thrush had cleared up, it’s been pretty smooth and we’re still breastfeeding at 8 months!

I’ve found wonderful support in online mummy friends (one is a trained breastfeeding support worker so she was invaluable to my success!) and a Facebook group too, especially in the early days. My mum and fiancé are amazing too, not letting me give up, letting me cry and moan whenever it’s bad. There’s also a breastfeeding support café 5 mins away, I haven’t been but I know it’s there if I need it.
Breastfeeding isn’t easy. It’s painful, hard work and sometimes feels never ending. But it’s so, so worth it. Feeding A is the time I have with him. Just me and him. These are moments I’ll cherish forever.