We came, we ‘saur, we conquered at Roarr! Dinosaur Adventure! 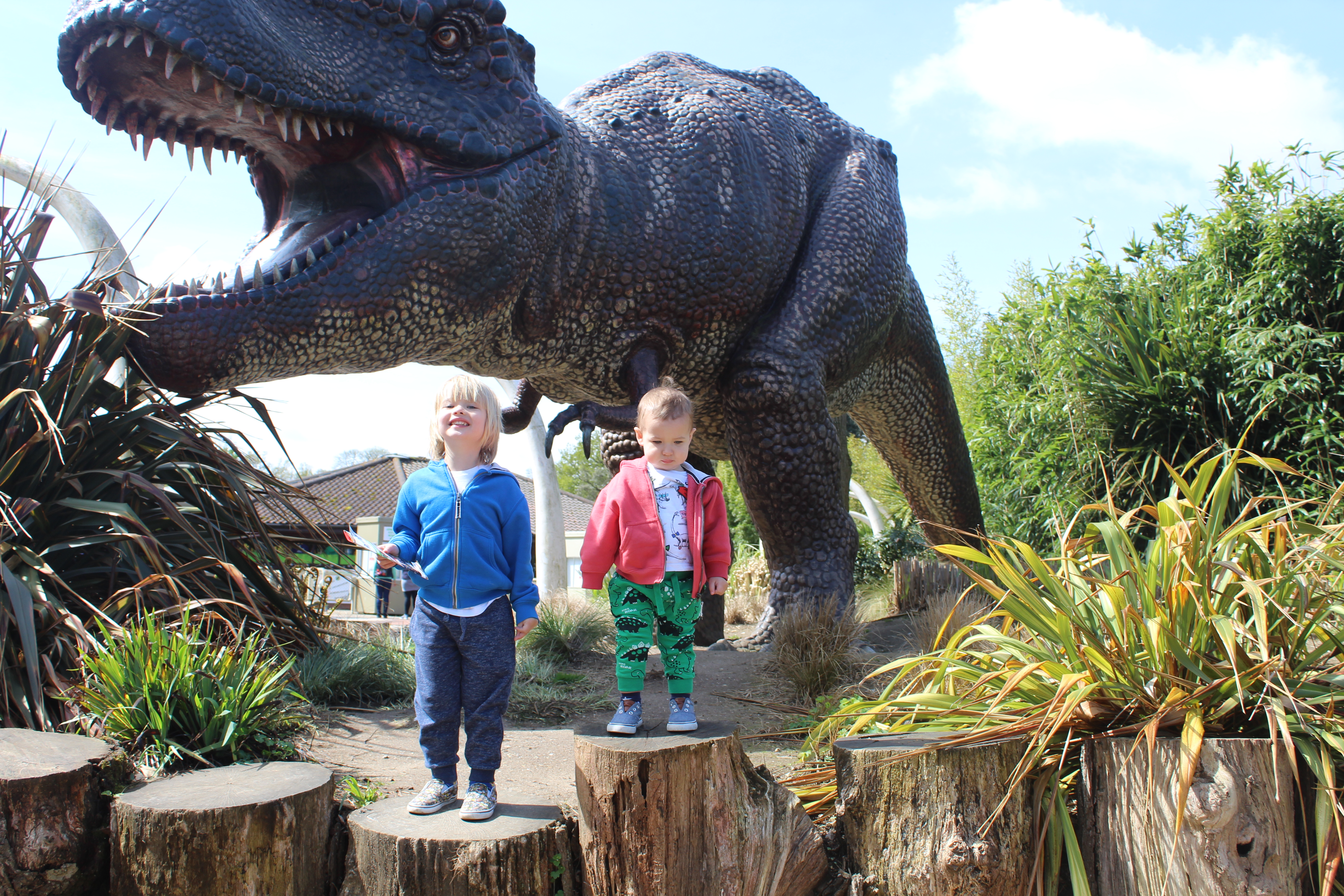 Henry is at that adorable age now where he loves dinosaurs. Archie isn’t quite there yet but he knows that they go “roar”. 2 years ago on our first family holiday, we drove over to the Dinosaur Adventure park in Lenwade, Norfolk and we loved it. Henry was only about 22 months but really enjoyed it. They don’t only have the dinosaurs but there’s also a cute secret garden which has all sorts of animals which captured his attention more than the replicated reptiles. We wanted to go back last year but as we had a 3 year old and a 10 month old, we didn’t want to be too busy! But when we were planning our activities for this holiday, Roarr! was top of our list. We were going to be away for Gareth’s birthday and like all 28 year old’s, that’s where he wanted to spend his birthday. If you haven’t been and you live nearby, definitely go and check it out, especially if you have a dino mad child.

As well as the Secret Garden, they also have a petting barn where we found some really tame guinea pigs which were a lot tamer than our two. There’s Dippy’s Splash Zone which was open and it was warm enough to use but we forgot to bring any spare clothes and I didn’t want the boys to sit in damp clothes for an hour on the journey back. Henry loves crazy golf now that he can play himself and there’s a mini course for that. It’s just such a fun day out, I think we spent all day there in the end. Our tickets came to £46.85 for me, Gareth and Henry as Archie was free. We also bought a photo magnet of us all which was £8 and spent £3 on two drinks. We brought a picnic with us so I can’t comment on what the food is like, although they have a café in the soft play area which I’m sure is welcomed by parents!

It’s somewhere we’d visit more often if we lived closer. It’s nearly a 2 hour drive from where we live and that’s a shame because the boys really enjoyed it and I think as they get older, they’ll get more out of it. But if we go to Yarmouth every year, then I think we’ll make the trip over here too.