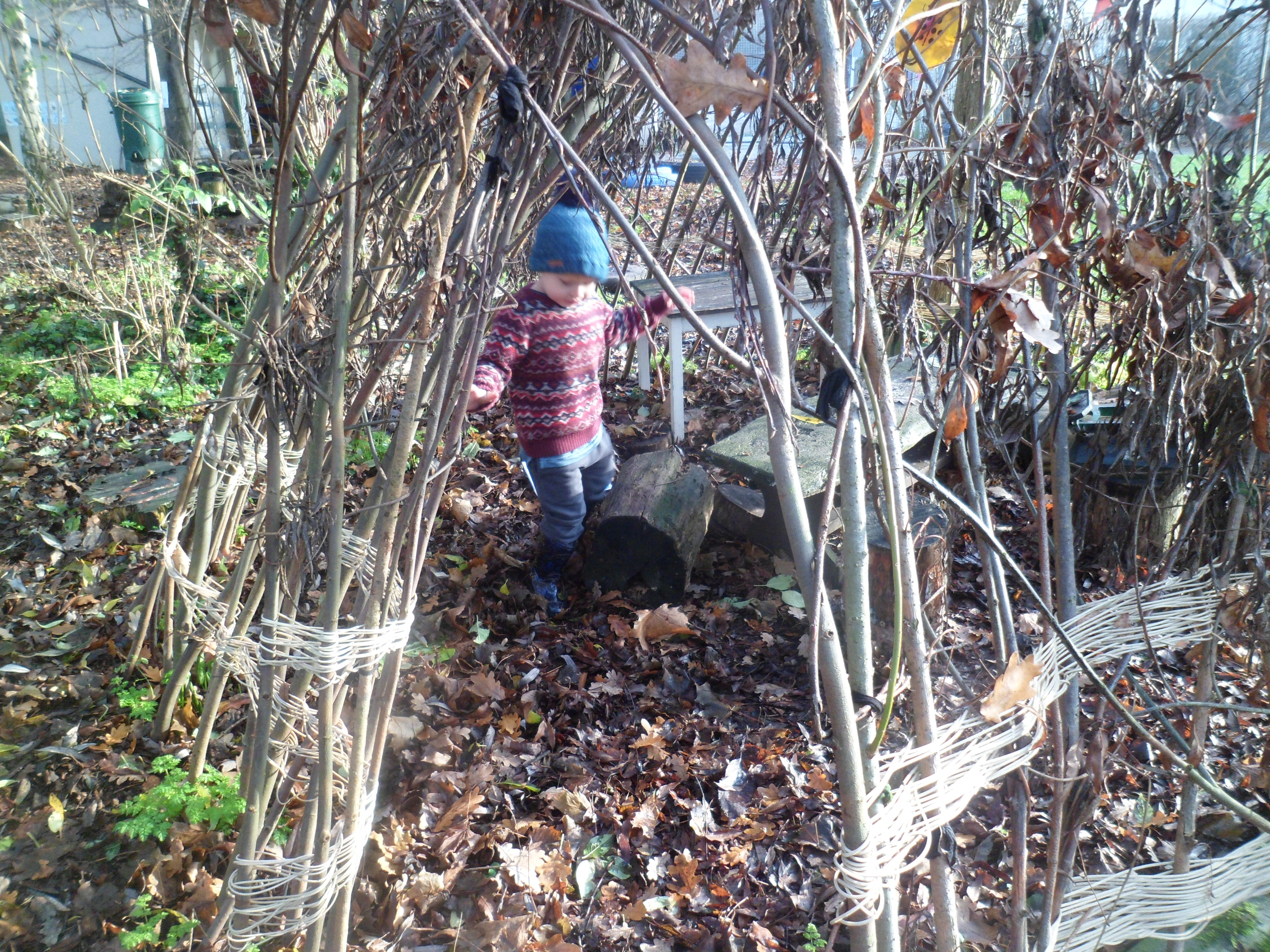 Of myself. After my Where’s my village? post last week, I decided to stop moping around. I decided to do something about it and seek out a village, women and their families who shared our ideals and views on parenting. I have wonderful mum friends where I used to live but obviously I need to have something in common in order to build a friendship and parenting ideals seemed like a good place to start.

I saw a post on a local mum’s Facebook page, asking if there were any gentle/attachment parenting mums out there. Normally, I wouldn’t have commented. I’d have kept quiet and watched the comments like a weird stalker because I’d be too scared to join in. But in an effort to put myself out there, I commented. I found that there was quite a prevalent GP/AP community in my area, I just hadn’t heard of it. I’m talking to some of these mum’s now and I’m hoping we’ll arrange a meet up in the new year.

And today, I did the one thing every mother dreads. I went to a new group. With just my boys as back up. I know I said in my ‘village’ post that I didn’t want to go to groups because they were cliquey but this one sounded different. And it was. It’s in a local eco friendly garden/farm/pre school. They also had a farm with different animals (H’s favourite was definitely Ellie the Kune-Kune pig!). The session started off by reading a story, while drinking delicious hot chocolate with cream and marshmallows, just what you need on a cold winter’s day! Then the children painted Christmas wreaths with whatever they felt like, fingers or cotton buds, anything that took their fancy!

While they dried, we went outside to explore the eco garden and farm. We had a Christmas hunt to do, we had to find all the letters dotted around outside to spell a Christmas word.

I didn’t actually figure out what the word was because I am terrible at anagrams and I just forgot to even attempt it after the excitement of the pig! H got to feed her some orange, I’ve never seen him so surprised as he was when she snuffled up a whole half of an orange, peel and all. There were also sheep, goats, rabbits guinea pigs and various birds. We then went back inside, sang some songs and read the story again. H got some chocolate and sweets for being such a good boy, this was probably the highlight of his day!

For me, this was such a big achievement. The last time I went to a new group completely alone, me and H were totally ignored and I left after half an hour. We would have stayed there all day today if we could. We were made to feel welcome, everyone spoke to us and interacted with H. It really means a lot to me when adults take the time to speak to him and especially when they ask me what he’s saying. That shows me that they’re genuinely interested in him. This group is only once a month and won’t be back on again until February but they do a weekly parent and toddler group that I might go to in the new year. If we’re serious about home schooling the boys, I need to be an adult and take them to groups like this. Not for the social aspect because H is very sociable and I’ll assume A is going to be the same, but because they get to experience different things. If H was school age, he wouldn’t have come home today and said “Mummy, I fed a pig some orange today”. To me, education is about experience, not if they know their phonetics.