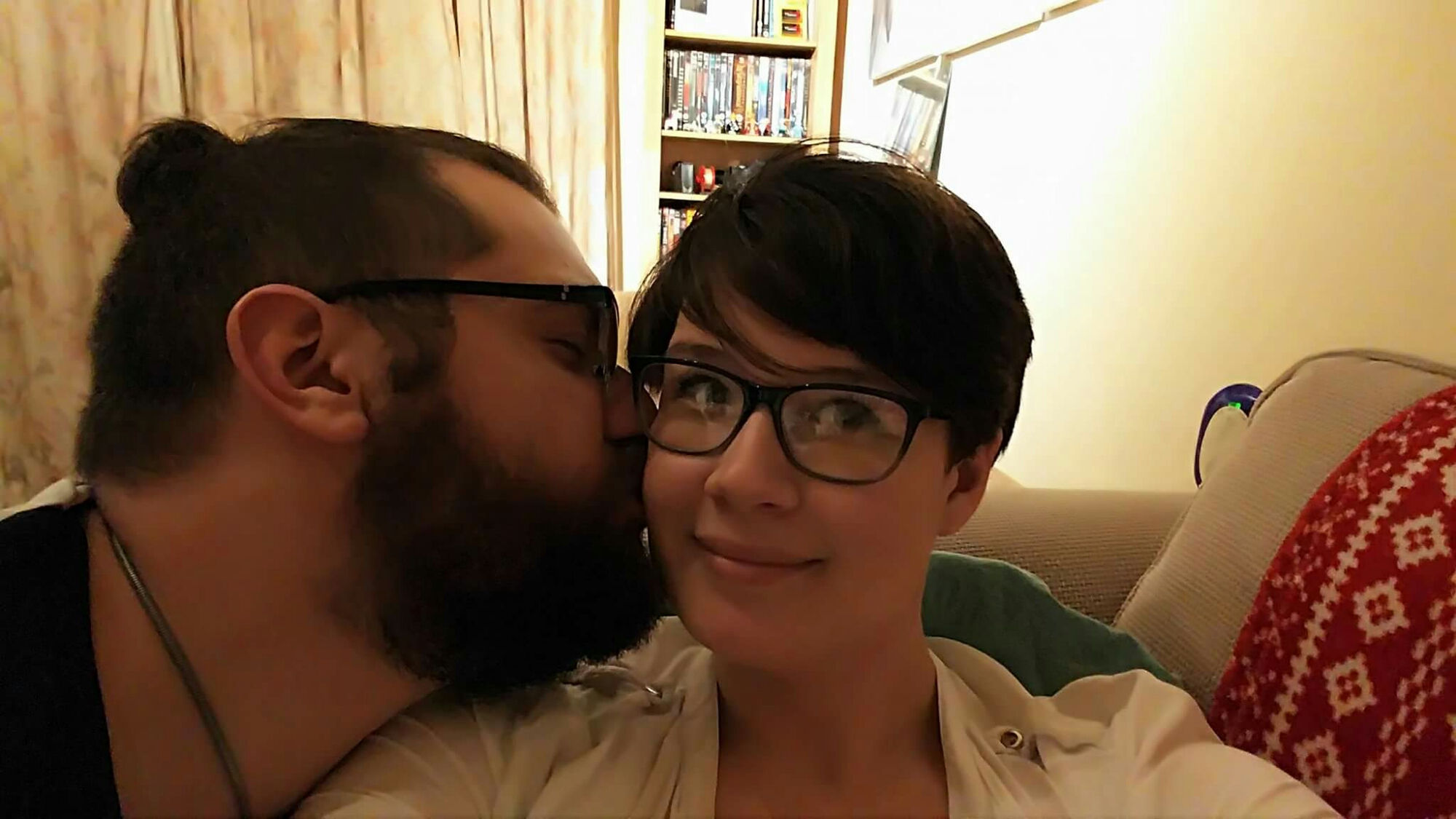 During our time as parents, myself and my fiancé have argued. A lot. Over who’s more tired, who’s had the most difficult day, who’s turn it is to wash up..the list goes on. I’m mostly to blame, after a demanding day with the boys, I fail to see how his day has been just as difficult. I mean, he’s been out of the house socialising with adults. Proper adults who can have proper conversations. I’ve been inside all day, apart from a mini trip to Tesco maybe, and the most exciting conversation I’ve had will be H telling me about his toy cars! To be totally honest, I sometimes resent him. But recently, I stopped doing this.

I realised that we’re probably both tired. Him maybe more so. I’ve sometimes got the opportunity to nap (if both boys are asleep at the same time!). He doesn’t. When he’s on an early shift, he’s got to leave the house by 6.30. I can get a sneaky lie in by putting CBeebies on for H in our bedroom and snuggle with both boys and snooze. Weekends aren’t a time for him to catch up on sleep either. We’re either up early to drive to see family, doing the food shop or H has decided the day needs to start at 7. And while I’m awake, I’m often feeding Archie in bed (he has a mammoth feeding session in the mornings!). So he’s probably more tired. But he doesn’t complain. Much!

His job is just as demanding. My days are repetitive and emotionally exhausting, especially while I’m trying to get used to 2 babies and mum guilt. I’m trying to get H toilet trained and I get frustrated that he’s not there yet (awful of me, I know!) And he gets just as frustrated so both me and H are wound up at each other. My fiancé has the demands of the workplace to contend with. So while his days are probably different, he also has issues to work through. Just like me.

The housework is both of our responsibility. I do try and get as much done as I can but with a clingy baby, it’s really hard to do a deep clean. So when he gets home, he has to pick up the jobs I haven’t been able to do. It’s no secret that I suck at doing the washing. I can put a load on and it’ll sit in the machine for a couple of days because I’ve forgotten about it/haven’t had time. So he has to do it all at the weekend. I just about keep on top of the washing up, keeping downstairs tidy and sometimes hoovering. Upstairs I make beds. That’s all. Again, that’s something else he has to do.

See? We’re a partnership. We both decided to build a life together therefore we’re both responsible for all the jobs that come with it. It shouldn’t be a competition between mums and dads, men and women. We should be united. I always say to him “it’s us against the world”. And that’s how it will always be.