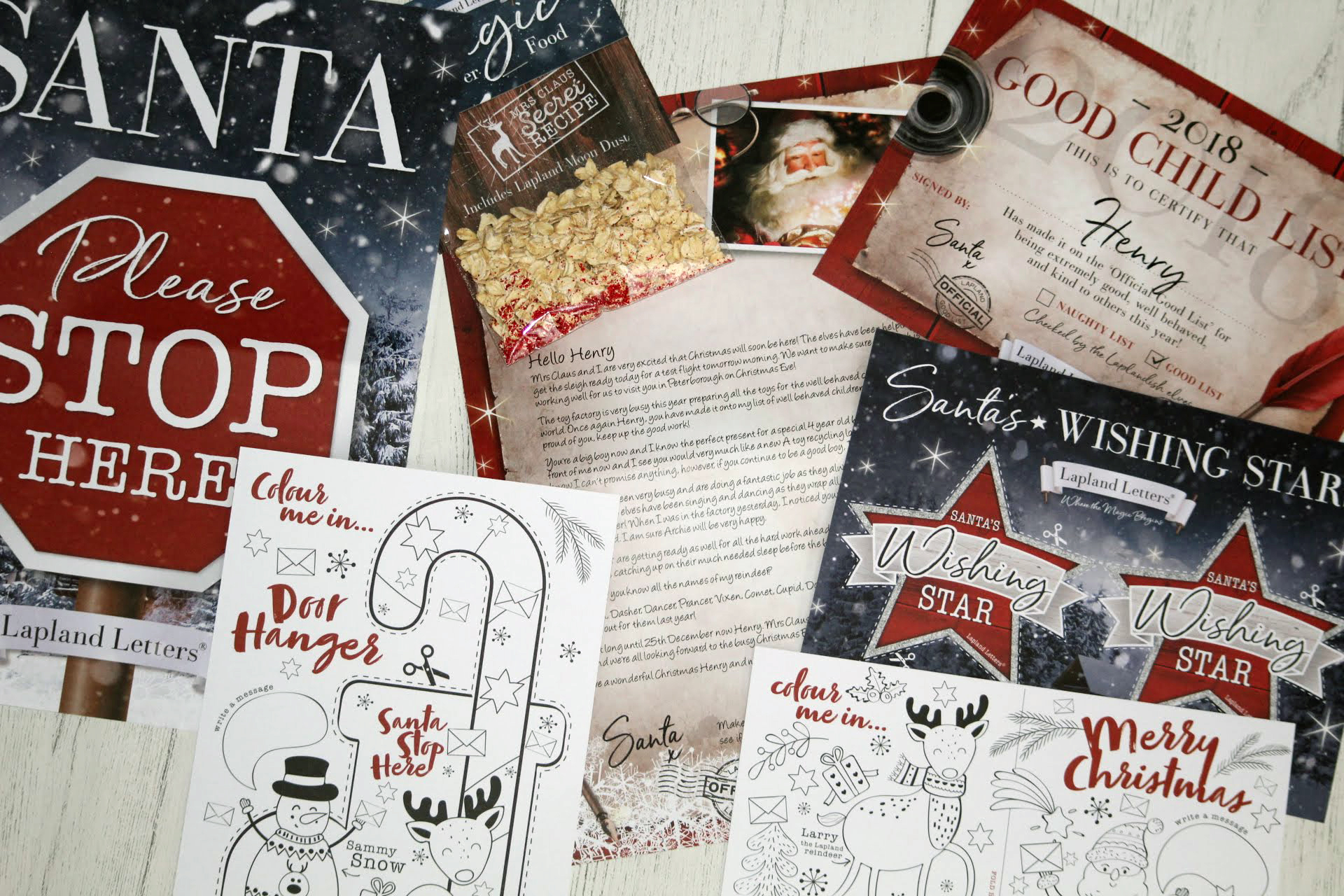 It truly is the most magical time of the year, isn’t it? Once you have children, the magic intensifies and you want to do all you can to keep it alive for them. Which is why I jumped at the chance of having Lapland Letters send the boys personalised letters from The Big Man himself. I didn’t know what to expect when they contacted me but I was really impressed when they did arrive.

Firstly, I was pleased with how quickly they arrived. I filled out the form on Wednesday evening and the letters landed on my doorstep Monday morning. They also came in a large white envelope as to not ruin the surprise for the boys (if your kids are anything like mine, they rush to the front door as soon as they hear the letterbox go!) I took them upstairs first of all to take photos before giving them to the boys and even I felt the magic of Christmas opening them. Each child receives a personalised letter from Santa, you can choose from 4 different designs to make it unique. Then you have to fill in their name, age, best friend’s name, what they want for Christmas and even add a special message from Santa to your children to give it that extra bit of magic.

Once you’ve filled out all of the necessary details, you then have the option to add on some extras. The boys got an activity pack as well as their letters which included some fun activities to do, such as a colour in door hanger and a word search, Magical Wishing Stars and a Santa Stop Here poster. Both boys also received some reindeer food (which is now safely in their Christmas Eve box) and a certificate to say they’re on the 2018 Nice List.

Each pack that we were sent costs £12.85 without postage. However, you can buy just the letter for £5.95 without any of the added extras. The boys faces were just adorable when we handed them their letters, Henry read his out loud and was amazed at the things Santa knew about him. Archie loved his that much that he wanted to take it to bed with him and had a massive tantrum when we said that it’d get ruined if he did that!

So if this sounds like something you want to get for your children this year, don’t worry; there’s still time for you to order. The website has a page dedicated to the last posting dates for various countries but if you live in China, Japan, Australia or New Zealand, you’ve missed this year’s Elf Delivery. Germany, Italy and Poland have just tomorrow to order while Canada and the USA must order by the 13th. Spain, France and Ireland have a bit more time with their last posting date as the 14th but if you live in the UK, you’ve got until the 19th, which is next Wednesday, to order. But, as this is Santa and he has magic at his fingertips, this site also offers 24 hour Reindeer Express Delivery which does cost £9.95 but it means your letter will be tracked and signed for, as well as arriving next day for your child.

These letters are such good quality and both me and the boys are really impressed with what arrived. As long as Archie doesn’t take them to bed with him, they’ll last for ages. We’re going to make a wish using the Wishing Stars and hang them on the tree and the activities will keep them amused on Christmas Eve while we’re waiting for bedtime. Just head to the link posted above to order your own letters.

Disclaimer: I was sent both packs free of charge in exchange for an honest review. There was no payment involved and all opinions expressed have been my own, I haven’t been influenced in any way.