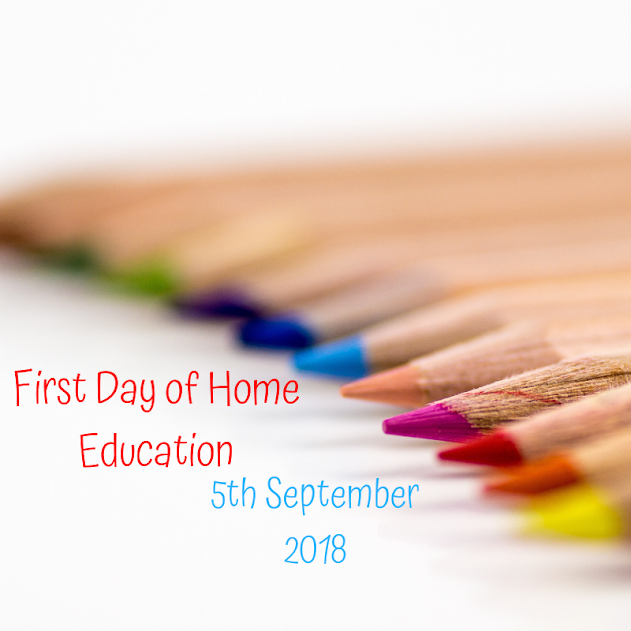 A lot of your children are either going back to school or starting school for the first time this week. I love seeing the back to school photos and the excited posts, about buying school uniform and saying how proud you are of your children. School is a societal norm and in this country, we are very lucky to be able to provide free home education for our children, to build them up and give them the correct tools for the life they have ahead of them, no matter where it takes them.

But there are alternatives to school. I know, I’m going on about it again but I want to speak out about home education as often as I can because it’s still very misunderstood. People view families who homeschool as weird hippies who want to live off the grid and rebel against the society we live in. And while I’m all about smashing the patriarchy, I haven’t chosen to homeschool the boys because of these reasons. That would be pushing my views and feelings onto my children which is something I don’t agree with. For example, when we eat out, the boys are free to order meat if they want to and I have no problems with that. We just don’t have it in the house so I feel this is a good compromise and I’m not forcing them into something just because that’s how I choose to live.

Anyway, I’m digressing. I chose to home educate the boys because I don’t have any faith in the education system at the moment. It’s not focused on getting the most out of each individual child. Schools are all about SATs and exam results, the pressure they pile onto children is ridiculous. There’s also a lot of bullying, I experienced it when I was at school and I went to nine. In every school I went to, I was subjected to some sort of bullying from someone. In a TV debate about home education, I watched the other day, one of the presenters said, “That’s a big part of what education is about isn’t it…learning to cope with people not being very nice to you…”

Can anyone else see what’s wrong with that statement? We’re happier to send our children to school to learn how to deal with bullies than keeping them at home to teach them ourselves. How about we show all children how to be kind and decent human beings? The fact that nasty behaviour is more socially accepted than homeschooling is ridiculous and something which needs to change.

I could have deferred Henry this year because his birthday is in June so I’m not going to get the workbooks out just yet. And our “school day” will look a lot different than the one he’d experience in school. He learns every day at the moment so I don’t see why I’d change that just because he’s technically school age.

For now, we’re just going to carry on as we were. He’s still really interested in geography, learning the different countries and their capitals as well as their flags. Gareth’s also introducing him to the planets and stars, I’ve seen a wall poster in Waterstones for his wall which will go along nicely with that. We’ll also try and make regular trips to the library again (although I think I have overdue fees to pay!) and even though Archie is too young to start, Henry’s actually teaching him how to count.

So that’s our plan until at least Christmas. I hope to have a very child led e education for them both until they’re a bit older, probably around 7 which is when I might try and structure it a bit more. But this is all new territory for me and I don’t know where this journey will take us but I’m so excited to begin.

Good luck to you all and your gorgeous babies, whether they’re starting school for the first time or going into a new year. They’ll smash it!