Getting in a spin with the Electra washing machine – a review 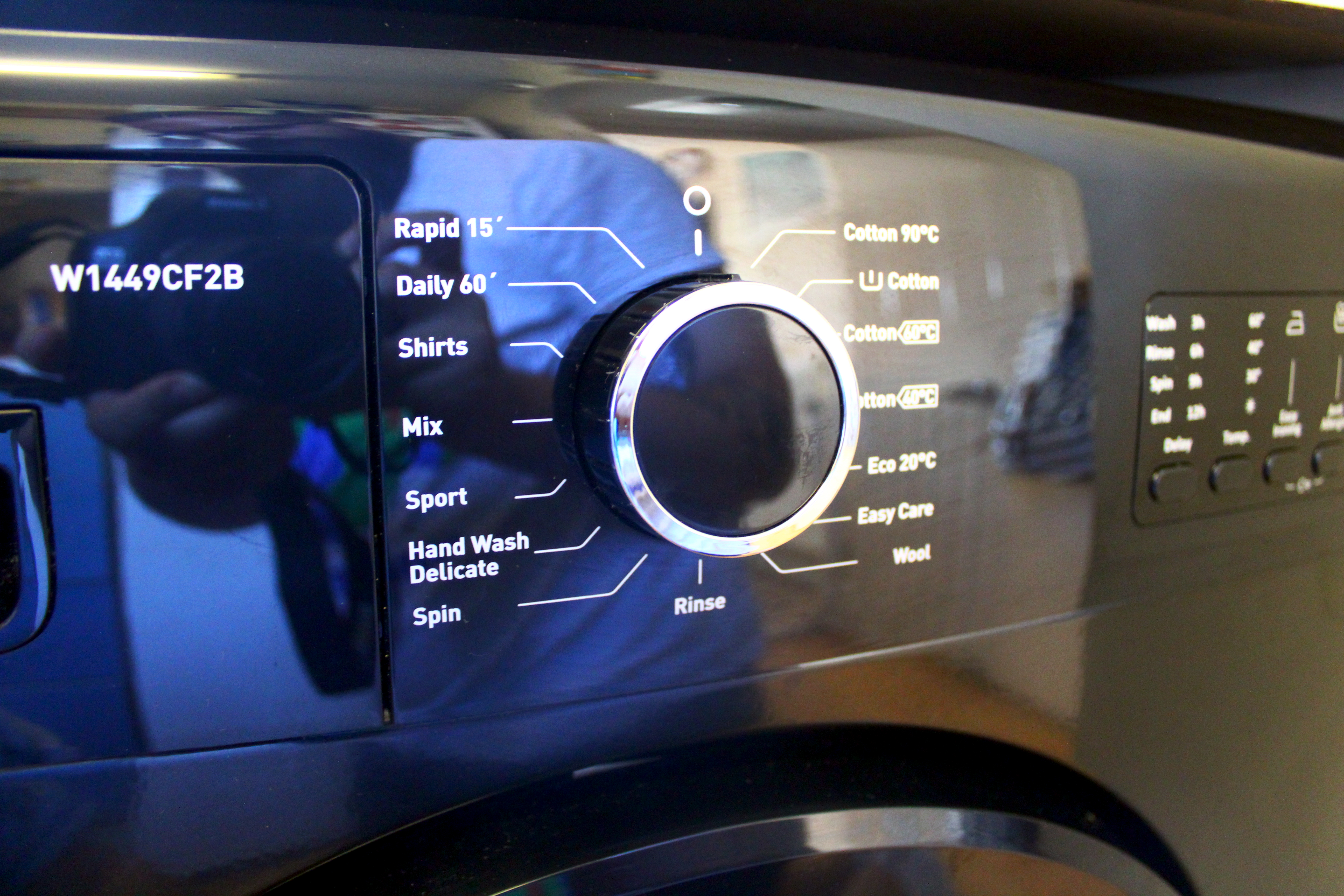 If you live in a rented house, you’ll know the struggles of trying to make it feel like a home without being able to decorate or put pictures up (although most of us do!) Our house is starting to feel cramped now, there’s room for us all but there’s just so much stuff for the boys and try as I might, I just can’t seem to downsize it all. We would love to move but renting fees and the deposit make it almost impossible, especially with the wedding next month.  So I’ve decided to try and make the best of a small situation and make it feel as much of a home as possible. At the moment, I’m just adding little touches which I’ve picked up in various shops which add some personality to the magnolia walls.

Our kitchen is the worst though. If I stretch my arms out, I can touch both of the workspaces. That’s how small it is. Because of that, we need to fill it with appliances which don’t take up much space. When we moved in, we had a second hand washing machine which was on its last legs and that’s where AO stepped in.

The Electra washing machine is a beautiful black, it goes with the blue cupboards perfectly. It has a 7kg drum which is ideal for us with two small boys, they usually have 2 or 3 outfit changes a day and I have to get their clothes into the washer ASAP so they don’t stain. I have noticed that the cycle lasts a bit longer than our old one but that could be because that one had a quick cycle option on it which I always used. The Electra does have a rapid function which lasts 15 minutes, as well as a daily wash function which lasts 60 minutes. A usual wash on 40 degrees takes around 2 and a half hours. It’s not too loud which is ideal as the door to the kitchen doesn’t close thanks to the stairgate so I can still hear the TV or the boys while it’s on. There’s also a childlock which is super helpful as the boys like to watch the washing machine cycle but tend to press the buttons while it’s on so I could end up with a really hot wash and shrunken clothes! While reading the instruction manual, I also discovered that it has an allergy rinse option. I’m really suffering with dry skin at the moment, it’s spreading everywhere and I don’t know what is causing it. I have to be careful which products I’m using, especially in the laundry. The allergy rinse gets rid of any irritants your clothes could have, making you less likely to react to freshly washed clothes. There’s 19 different programmes which you can choose from to wash your clothes, including an economy function. It also detects when the drum is half full and puts every programme into a half load option reducing the time a wash takes. In the drawer, there’s a third compartment where you put your pre wash as there’s an option for that as well.

The energy rating on this is an A++. We’ve got a smart meter in our house and Gareth checked the amount on there before he put a wash on and just after. We did also have the kettle on during that wash and the TV as well but we estimated that it cost just 20p for a full cycle of washing at 40 degrees. You definitely can’t complain about that, can you?

I hadn’t heard of the brand Electra before and neither had Gareth. But after having this machine for nearly a week, I can hand on heart say that I would buy more appliances from them in the future. If you want to have a look at buying this machine yourself, head to ao.com where you can find more information on this machine.

What do you do to make your house feel more like a home? It doesn’t matter whether you rent or own, I’d love to hear all of your ideas!

Disclaimer: AO.com gifted me this washing machine in exhange for an honest review. This has not affected my opinions on this product nor have I been told to what to write.