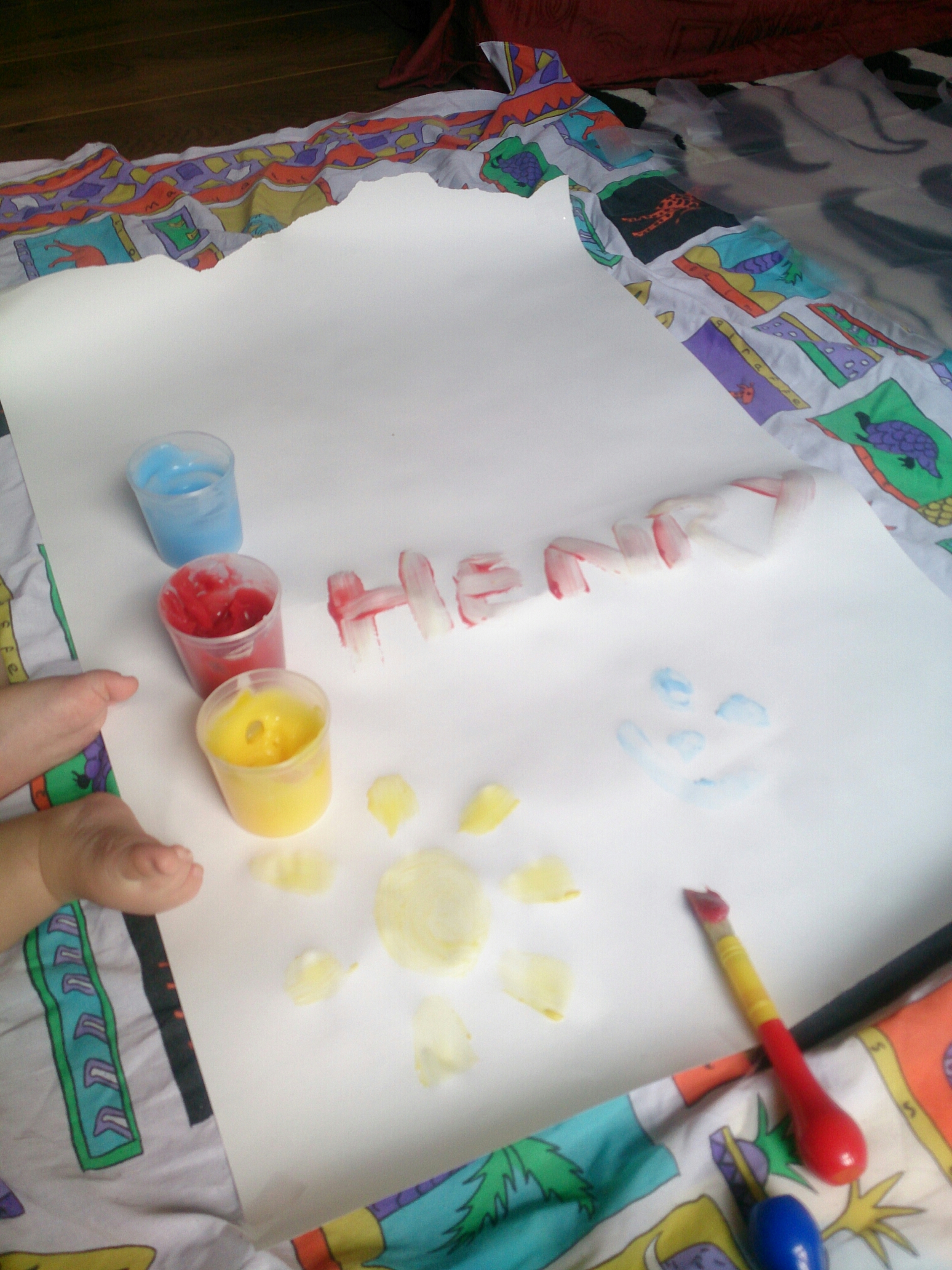 paint. I love going out with Henry. We live on such a busy street so we can’t open the windows because of the noise. So the only way we get fresh air is when we actually go outside. We both love it and it gives me a break from trying to stop my demon playing with drawers and doors!

But on days when I’ve got no money or its raining, I like to do different things. Always playing with his toys or watching a film together can get tedious, for both of us! So I Googled things to do with your toddler and I came across this, edible paint! Now, I should warn you, this isn’t the nicest thing to eat but it’s not toxic like normal paint. So your child can explore the texture without getting poisoned!

I prepared this while Henry was having his morning nap. It does have boiling water in it so making it in advance is crucial because it gives it a chance to cool!

In a large bowl, mix the cornflour and cold water together. When it’s smooth, add the boiling water. Keep stirring until it comes together so it looks like this…

Divide the mixture between the paint pots. Add food colouring to each (we used red, blue and yellow) and stir well so it’s all mixed in. You can put the pots in the fridge to help it cool down if you want to.

I laid down a tablecloth and a couple of plastic sheets to protect my floor! I bought a roll of lining paper from 99p store to paint on. I tore a big bit off and sellotaped it to the floor. Finally, I added paintbrushes in case he wanted to paint properly (also from Wilkinsons).

When Henry woke from his nap, I dressed him in an old vest that I wouldn’t mind him getting dirty. I have no idea if this paint stains or not so old clothes are advisable. I brought him downstairs, excited to see what he’d do with the paint. I was disappointed! He didn’t want to paint with it at all, he just stuck his finger in and ate it..and then crawled off to play with his toys! I had a great time though…

These paints aren’t great for painting a masterpiece. The red went a bit brown when it dried. But they are great for playing with and helping your child discover new textures.

Hopefully your children will have more fun playing with these paints then Henry did. I’m going to try him again with them when he’s a bit older..and maybe less sleepy!