Can I have a refund on my baby? 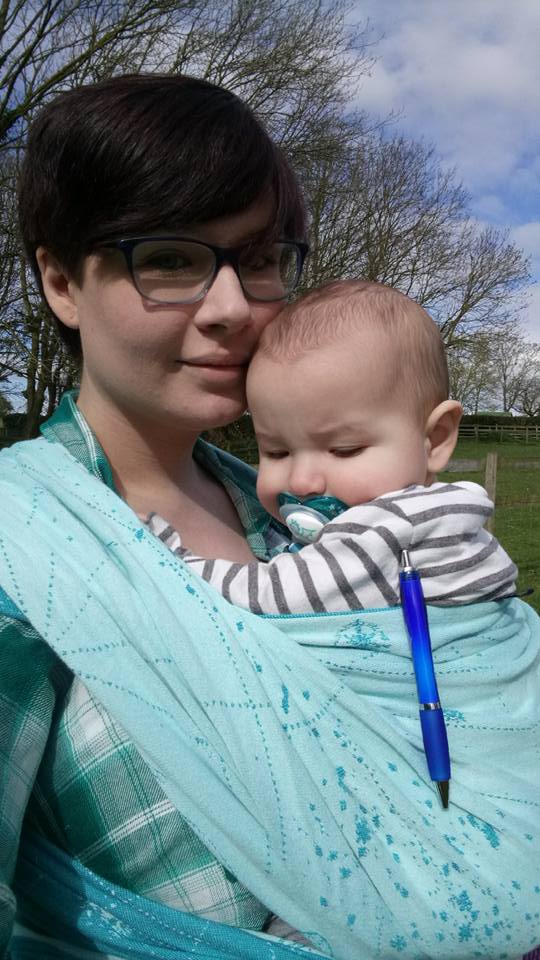 We’ve all heard that saying “Sleep when the baby sleeps”..but what do you do if your baby doesn’t sleep? A is now 7 months old and there doesn’t seem to be any improvement on his sleeping, which in turn, makes him a grumpy bum all day! He tends to sleep OK during the day, naps roughly twice a day for about 90 minutes a time. But he is ridiculously clingy! As soon as I put him down, be it on the bed or in his cot, he screams bloody murder, wakes himself up and cries for up to an hour because he’s so tired.

I’m fairly certain he’s suffering with severe separation anxiety. I don’t usually like complaining about my children online, not because I like to make out they’re perfect, but because they could read this one day. However, I need to offload this elsewhere (I’m sure my Mum and partner’s ears are fed up with my moaning!) I need to be in his sight at all times, if I go near a doorway he starts. I had to hang washing out on the line yesterday and in the 5 minutes I was outside, he’d gotten himself that worked up that he was all red and sweaty. I could put it down to a phase but he’s been like it since he was born, albeit not to this extent! I know his teeth are popping through (his two front bottom ones are now visible) and there is a fussy stage around now but I think this is just making him worse. I always said when we had H that the next one would be a difficult one because he was such a relaxed baby and boy, was I right! Of course, H is now making up for this with his threenager stage! I never expected motherhood to be easy but this is so much more difficult than I thought.

I get pinched, bitten and headbutted on a daily basis. I know he’s obviously not doing it on purpose as he’s only 7 months but there’s only so much one can take! He’s not happy on the floor and he’s not happy on me, he’s always upset. I think he’s wanting to be on the move and play with his brother so this is adding to his frustration but unless he lets me put him down, he’s not going to learn! I’m starting to feel like I’ve done something wrong, that it’s me who has made him need me as much as he does. H was in a routine by now and sleeping through, I hate comparing but I long for just one good night’s sleep! Apart from how they’ve been fed (H bottle, A breast), I think we’ve parented the same but I can’t help picking faults with my parenting choices and wondering if the phrase “you’ll make a rod for your own back” is actually true! Besides, A is having solid food now as well so surely he should be “fuller for longer”. I find all sorts of problems are running through my head in the early hours of the morning. This morning, he woke 3 times between 12.15-1.45am, woke again at 5am and then wouldn’t go back in his cot so he ended up in our bed where he slept until 7.30. I don’t want him back in our bed, I wake up stiff and sore but would I rather that than tired?

I feel like I’m stuck between a rock and a hard place, wondering what changes to make to make my days a little easier. I can’t wear him all the time, it’s restrictive around the house. I guess I’ll just have to treat him like a newborn again and go with the flow.