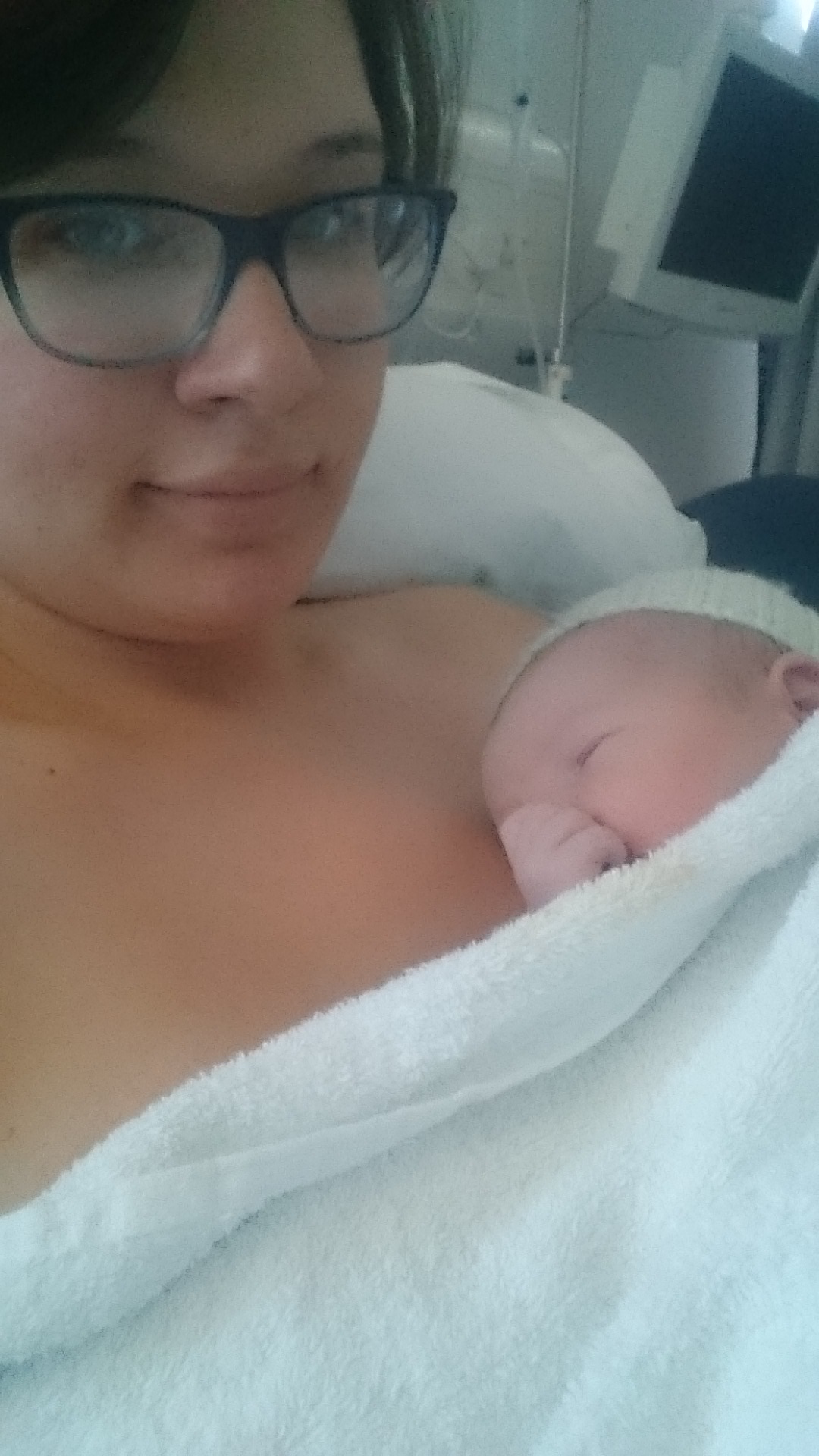 I’m writing this while it’s still fresh in my mind. I can’t wait to read back over this in a few years and reminisce. You read Henry’s birth story as well.

Anyway, Archer made his grand entrance on the 26th August 2016 at 11.47am by elective section. He weighed 8lb11 at 38+4 weeks gestation! I was already booked in for a section but not until Tuesday (30th). I came into the hospital on 25th because I’d been having reduced movements. I’d put it down to the heat but after a couple of days of feeling ‘lazy movements’, I decided I’d rather be better safe than sorry and went up to the hospital to have him monitored. I got strapped to the monitor at and didn’t get taken off until 11.24pm! Archer’s heart rate was erratic..anywhere between 110 and 170. There was no ‘calm period’ or a time where he was sitting at his baseline rate. And because this was my second episode of reduced movements (I’d had some at 35 weeks), they didn’t want to take any chances. We’re a one car family and I’m the only ‘licensed’ driver (my fiancé is on my insurance as a learner so that means he can drive with me in there with him). So when they told me that I was having my caesarean the next day, I panicked! I didn’t have hospital bags with me, childcare hadn’t been arranged and my fiancé was at home, not knowing what was going on because my phone had died!

At 2.10am, they let me go home. I had to drive home, knowing that I would wake my fiancé up with the news that we had to be at the hospital in less than 5 hours to have our baby! We also had to finish mine and Archer’s hospital bags, ring my mum (who lives an hour away) and say she needed to pick Henry up at and try and get a couple of hours sleep as well! Mum didn’t let me down (she never does!) and got to mine at 6.10am Friday morning. I might have had a little cry saying goodbye to Henry..my baby wasn’t going to be a baby for much longer!

We got to the hospital at 7.15. They took us down to the room where we’d be waiting to go to the theatre. There was only one other lady having an elective section that day so I knew we wouldn’t be waiting long. The midwives came round and introduced themselves, took blood and gave me the lovely hospital gown. We met the surgeon and anaesthetists who would be delivering our beautiful baby boy. The woman in front of me went down just before ..nerves started kicking in at that point!

At around 11.10, we were taken down to the theatre. I had the cannula inserted and the spinal injection administered. Before we knew it, we were ready to start. The hospital had a camera attached to the light so we could watch Archie being delivered. After a lot of tugging and pressure, we saw them pull Archie out of my tummy and he started crying. They brought him around the curtain and we saw him properly..he was/is the spitting image of Henry when he was a newborn! My fiancé got to cut the cord and went over to watch him getting weighed and have the first cuddle. I almost passed out on the table as apparently I don’t like Syntocinon. They had to give me 2 lots to help my uterus contract to get the placenta out. I got very hot very quickly and felt very nauseous. Try throwing up while you’ve got no feeling in your tummy! Luckily I didn’t manage it but it did take a good 45 minutes and a lot of cooling me down to get myself feeling “normal” again.

We had to have observations overnight to make sure we were both OK and had established breastfeeding. I finally had enough at around 4 pm on Saturday though and practically forced my way out of hospital! We’re now home and settled into being a family of 4. I’m still in a lot of pain but I honestly couldn’t be happier. I’m loving being surrounded by my boys and life is the best it’s been!