A World of Wonder at BeWilderwood 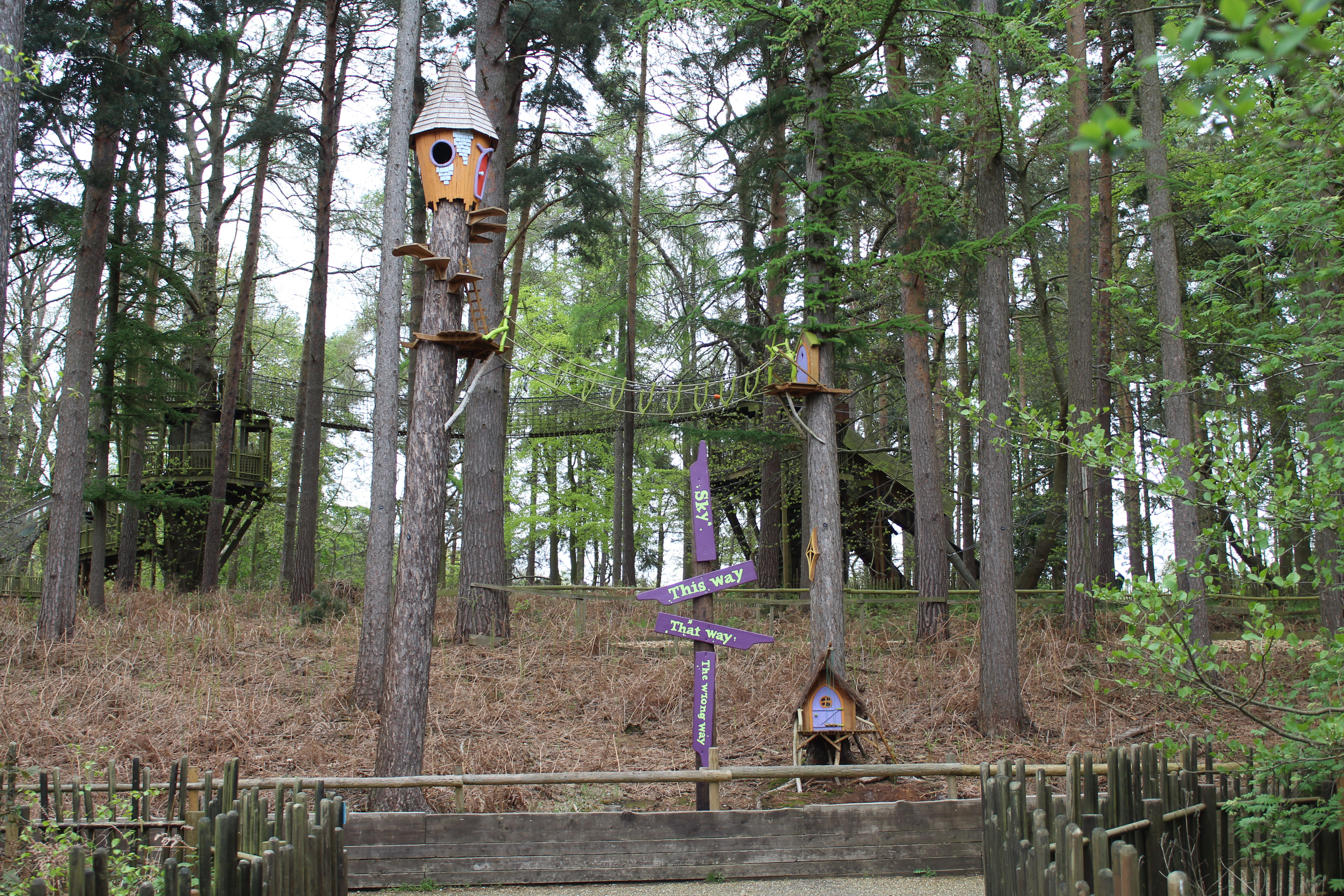 If you need a way to escape adult life for a while, I’d recommend taking a trip to BeWilderwood. In a little town in Norfolk, you can find this amazing world of zipwires, slides and bridges high up in the trees. Based on a book series by Tom Blofeld, BeWilderwood feels like you’ve stepped between the pages of the book. And even if you’ve never read the story (like we hadn’t), you’ll soon learn the characters and the adventures they all get up to.

As you know, we were in Great Yarmouth last week on holiday and before we went, we were invited along to BeWilderwood to see what it’s like. It’s 2 hours from us so it is doable in a day but it was about 40 minutes from our caravan in Yarmouth. We’d already decided on the day we’d go and I’m glad we’d prearranged it because I think we’d have changed our minds that morning because of the weather. It was overcast, drizzly and windy and because of this, we were the only ones there. It was amazing because we got to explore at the boy’s pace and they could enjoy everything without worry of anyone else.

The adventure starts off on a boat. I have to give a special mention to Josh, the guy who was manning our boat. He has a little story to tell while he’s taking you into the forest but Henry kept asking him questions. So he’d stop and answer him and then carry on. When you’ve sailed over The Scaaaary Lake and met Mildred the Crocklebog, you find yourself following a path round to the Tricky Tunnels. Word of caution though to all parents. Do not, and I repeat, do not go on these if you don’t deal well with small spaces. Henry went on it but he didn’t like the tunnels…so I had to go in a couple of times and rescue him and they definitely weren’t made for childbearing hips!

After I’d finally gotten us both down in one piece, we headed over to the Sky Maze. It’s literally what it sounds like, a tangle of bridges, stairs and ropes high in the trees and your job is to reach the nest at the top. It’s not as easy as it sounds and we spent about half an hour on there trying to figure out how to do it. On your way around, you have to find four colourful feathers which will reveal a BeWilderwood secret when you’ve found them all. Both Henry and Archie loved this, even when it started to rain.

When we made it back to earth, there was a storytelling session going on. As much as I would have loved to hear the story of BeWilderwood, I just knew that the boys wouldn’t sit still and listen, especially with all that open space to run around in. So instead, we headed over to The Broken Bridge. This is something else I went on with Henry and like the last time, we got a little bit stuck trying to make it up a rope spider web thing. At the end, there’s a huge bridge which has slats “missing” (they’ve just been replaced with clear ones) but to kids, it must look like it’s broken. Once you’ve made it over the very wobbly bridge, you have to go down quite a big slide. And this is where the wet trousers started! Because of the rain, the slides had gotten wet and we all know what happens when you go down a wet slide.

The Mudlde Maze is next (and no, that’s not a typo) and it was quite simple to figure our way around. But then anything feels simple after that Sky Maze! Next to that is BeWilderville and there were some very lovely workers cleaning off the slides for us to go down. We couldn’t go down one because they thought it’d be too dangerous but Gareth and Henry went down and I managed to capture it on video…

There was just enough time to grab a hot drink at the Munch Bar before hopping on the boat and going back again. We collect fridge magnets from any new places we go so we picked one up from the gift shop, along with a keyring and the boys picked up a couple of blue boxes (I’m not quite sure why but they’re still playing with them now!)

I would highly recommend a visit here, it’s great for all ages and you’ll leave with a smile on your face. We’re already planning to go to back in the summer, to enjoy it when it’s sunny (although we won’t be lucky enough to get the whole place to ourselves again!)

Disclaimer: We were invited along to BeWilderwood free of charge in exchange for an honest blog review. This has not affected what I’ve written, all views and opinions are my own nor have I been told what to say.