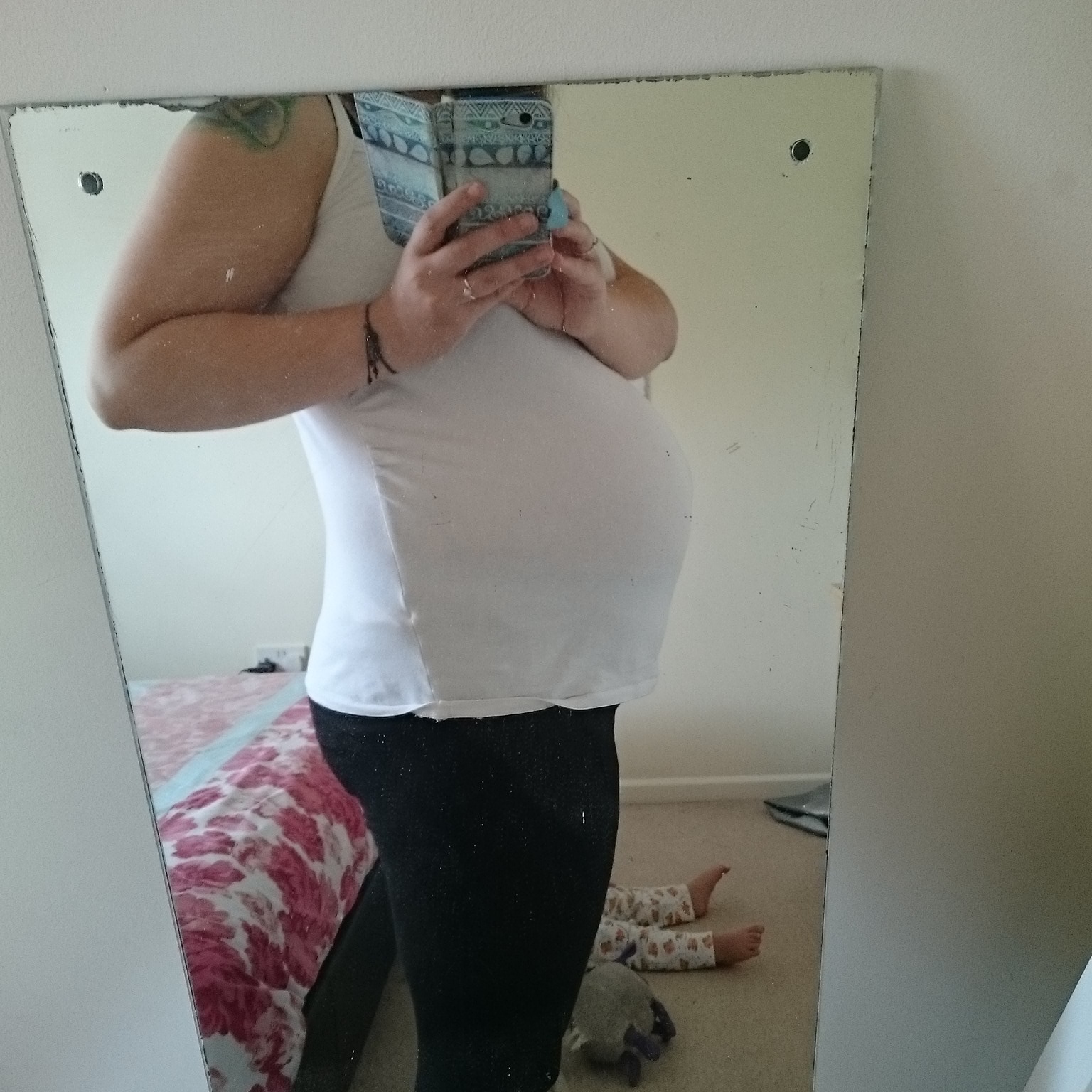 30-week pregnancy update. 10 weeks to go! How is that possible? I remember taking a pregnancy test after Christmas, thinking it was too early to test and being so pleased (and shocked!) to see 2 lines come up. I can’t believe it was so long ago and how close we are to meeting our second baby boy. You can also read my 10 weeks and 26-week updates!

I’m now 30+3 and finding things extremely difficult. I keep getting dizzy spells, where I’ll come over all hot and light headed. It happened this morning, the worst one yet, and I was quite worried that I was home alone with Henry. Luckily, it passed fairly quickly from lying down and eating ice to try and cool me down. I think I keep forgetting just how pregnant I am and I’m not slowing down. I try and do so many things in one day, as well as look after Henry and I just can’t manage it. I just feel that if I don’t do it during the week when I’m at home, it won’t get done until the weekend and it’ll build up and seem a lot worse.

I’m getting more and more tired as well. There have been a few times where I’ve accidentally dozed off on the sofa while Henry’s been watching TV. I’ve always woken up if he’s asked me something so it’s not a deep sleep but it’s enough for me to feel refreshed. I’m also getting a lot of back and hip pain. I saw the midwife at 28 weeks and she said she’s fairly certain that baby is back to back, which explains the pains. She’s not so sure if he’s head down or bum down though. I know he’s got plenty of time to turn and engage but this niggling feeling that he won’t turn is in the back of my head won’t go away. If he is breech or even transverse, I’ll be opting for an elective caesarean. It’s not what I want however I’ve made my peace with that decision because it’s nothing I can change.

I have a growth and presentation scan at 36 weeks to see what position he’s in and I guess we’ll have to make a decision then. Until then though, I’m still in the positive mindset of a natural home birth. I haven’t bought anything for myself yet but the baby has a Moses basket for downstairs and the Chicco Next 2 Me for upstairs. These were both second hand and in such good condition. I’ve also got 2 packs of nappies ready, enough clothes in newborn, 0-3 and 3-6 (although we all know how hard baby clothes are to resist). I just have small bits to buy, like newborn vests, Ewan the Dream Sheep (Henry still loves his now), a wrap to carry him in, a bath seat and a breast pump but I’ll wait to see if I can establish breastfeeding before buying that.

I’ve also been looking back at my pregnancy with Henry. I found this picture of me at 30 weeks with him..I actually think I’m bigger this time ! I don’t want another 9lb13 baby!