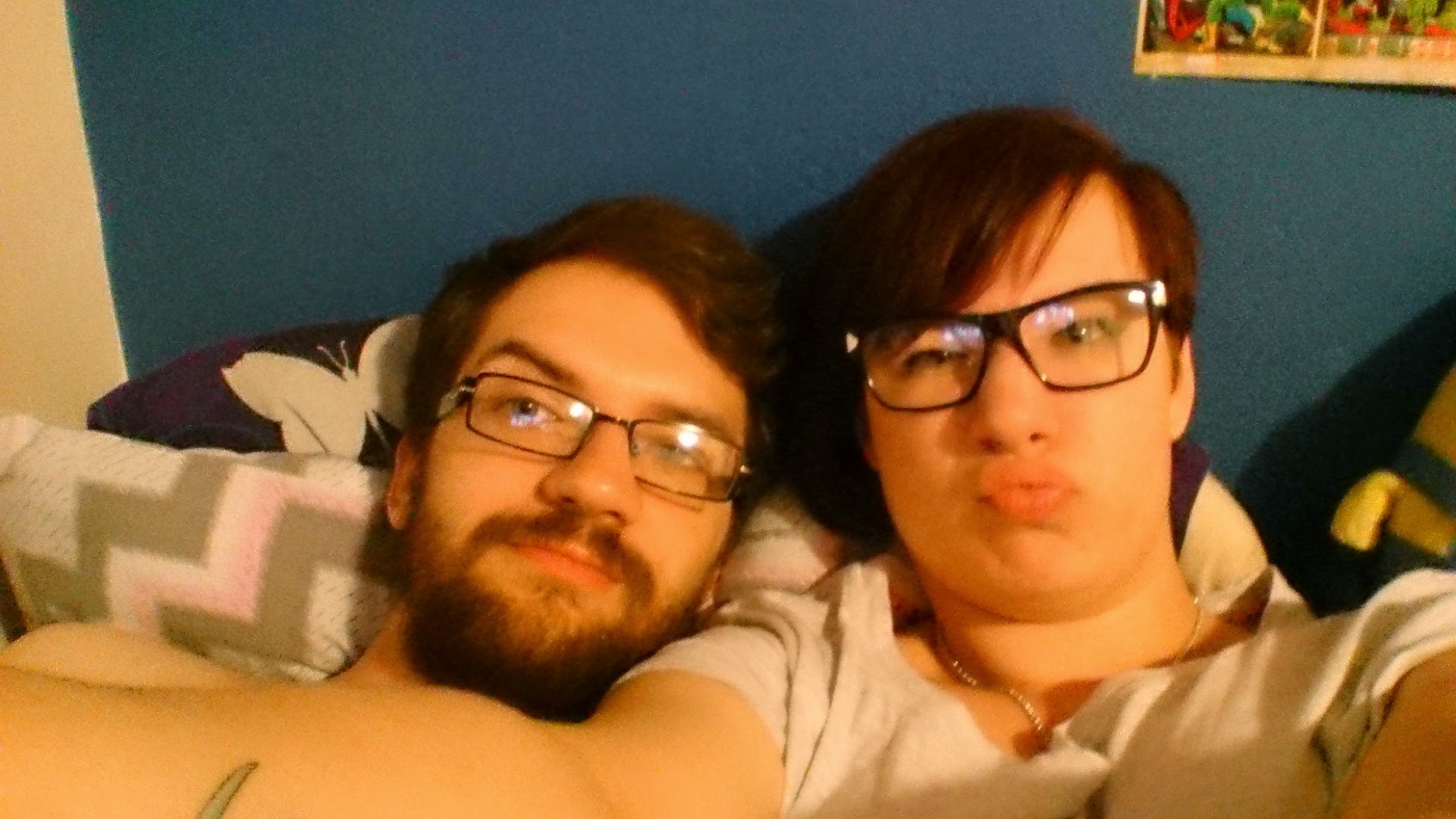 We met in March 2013. I’m not embarrassed to say it was on an online dating website. I was 18 and I just knew I was ready for a serious relationship. This particular website had a free weekend, I didn’t have to pay anything to join or to chat. You weren’t allowed to give out email addresses or phone numbers so I got around that by using my Skype. Yep, never underestimate me!

He was my first match. We started talking but I couldn’t see a picture (one of the catches of it being ‘free’). I actually think this was a good thing because I got to see who he was and what his personality was like, that was the thing that attracted me. And how often can you say that these days? When we’d answered the questions, we moved over to Skype. I finally saw him. In his picture, he was wearing a beanie hat, had the smallest beard and I think he was DJ’ing at a friends. I said I wanted a musical bearded man so I was happy!

I’m a naturally shy person. So I ended up cancelling on him the first couple of times we arranged something. I finally pulled myself together and we met. It was a typical date, cinema and then dinner. We saw 2 movies and went to Nandos. I will always remember how he dropped rice in his beard and I’ll joke with him about it every now and again..if that didn’t scare me away, nothing will. Messy eaters are the worst!

What’s the point of this post? Lately, we’ve been finding it extremely difficult. Life in general just isn’t calm or easy so we’re taking it out on each other. He’s feeling pressures from outside our home and I’m at home all day every day with the boys, not getting a break or some me time. We used to be one of those sickening couples who never argued and got on all the time. Unfortunately, we’re arguing more and more. We’re throwing insults at each other and being so mean. I don’t mean it and I hope he doesn’t either..he’s just the person I take my frustration out on. In becoming a new mum again and trying to adjust to life as a mum of two, I’ve forgotten how to be fiancée. I don’t ask how his day was or if he’s got any worries or frustrations. Equally, in becoming a dad of two and trying to find the perfect work/home balance, he’s forgotten how to be a fiancé. He doesn’t ask me how I am. He’ll always ask how the day’s been or how the boys are but its never specifically about me.

We need to focus more time on each other. Since A was born, we’ve had one date night. We can’t go out for dinner or to the cinema because A won’t let me leave him. All we really need to do is make time for each other. Putting our phones down in the evening and giving each other our full attention. Settling down with goodies and a film once a week. An unexpected kiss or cuddles. Saying “I love you” more. These things will all make a difference and remind us why we fell in love. We chose each other to build a life with and even now, almost 4 years later, we still have to work at it. I love him and that will never change. We’ve changed and we need to figure out how to be us and parents. We’ll get there..eventually!

September 2014..before kids and even before pregnancy!